What Attracts A Younger Woman To An Older Man

Quick Navigation
The Stereotypes
#1. Older men know how to treat a woman like a queen
#2. Financial and personal security
#3. Looking for a sugar daddy
#4. Older men have no issues helping with the chores
#5. Experienced
#6. Wants the father figure
#7. The maturity factor
#8. They have wisdom
#9. He's easy to love
#10. Getting what they want is easy
#11. Older men know how to be your partner
#12. That sex appeal
#13. They don't do drama
#14. They don't play with your head
Final Verdict

It seems that society totally understands why older men love dating younger women, but many people don't stop to think why younger women enjoy dating those older men. Putting the stereotype to the side, women have many reasons why they gravitate towards older men. We'll jump into some of the stigmas around this and the reasons why women fall in love with the mature, distinguished older gentleman.

Many people remember the insanity that surrounded model Anna Nicole Smith dating the "rich old guy" in his 90s when she was in her 20s. She claimed they were in love, but the world would never believe her. Sometimes they call these men robbers that steal the little baby, other times they say the woman is a gold digger. The bottom line is that each relationship has its own story. The woman has her own reasons for going out with the older man. She might not be a gold digger at all. He may not be a cradle robber at all. Many couples are simply compatible despite their age difference. Sometimes these relationships are pure true love without questions. There are many reasons older women seek out younger men.

#1. Older men know how to treat a woman like a queen

The younger guys get a bad reputation for not exactly treating a woman like a queen all of the time. After lots of experience and "training," older men figure it out. They've had enough time to practice their skills for making sure a woman is happy. 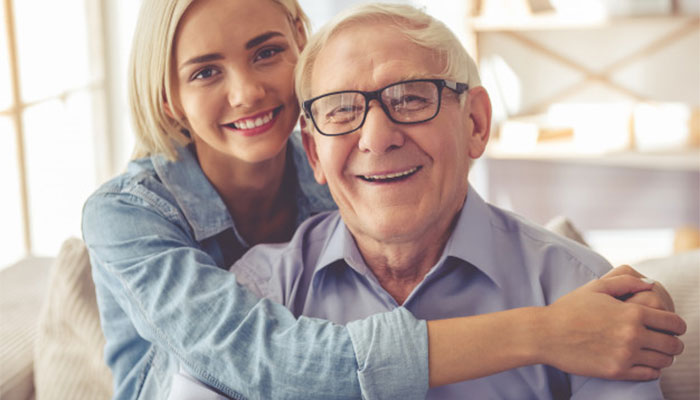 They usually just know how to make a woman happy. It's tougher for the younger guys to figure it out when they're going through different types of women trying to figure it out for themselves. Older gentlemen don't mess around with happiness. They know that it takes a happy woman to make the relationship soar. If they keep doing the things they did back in their 20s, that woman is going to run out the door.

Women love to be treated like a queen. She doesn't want to walk all over the man, but she does want to hold some power. She wants to feel like she's special. When a man can treat a woman like she's the only person in the world, he's golden.

It's a huge stereotype, but the traditional man provides for their family. They protect the woman both personally and financially. They care about keeping a financially secure home. This is often attractive to women. This doesn't mean a woman is a gold digger because she cares that the older man is ambitious. It means the woman knows that financial security is important to stability.

Younger women can find a few younger guys that are on their way to the top. They can ride the waves with them. Some of them find peace in the older men that have already ridden these waves. They don't want to wait. There is nothing wrong with wanting to feel secure in her life. Older men are usually much better at saving and knowing how to invest than most younger men as well. Most of the time, a younger woman doesn't ever have to worry about these things when she dates an older man.

#3. Looking for a sugar daddy

There is the other side of the coin when you're talking about financial security.

There is a reason so many people went out with Hugh Hefner. He wasn't a spring chicken, that's for sure. He held money and power right there in his hands. Women were like moths to a flame when it came to the security he could give them. There are a lot of examples of this in celebrity life. You see the elderly man with a hot young girl. It looks a little unbalanced. Sadly, many of these women just want those elderly men to die off so they can sail away on their yacht. 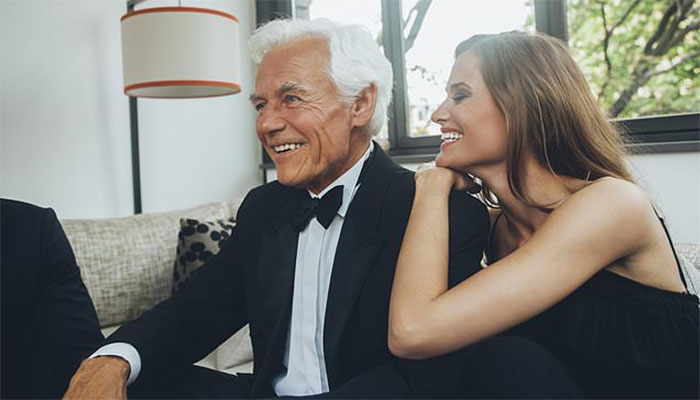 It's not a fair assessment in many cases, but younger women do gravitate towards rich older men many times. She wants a man that will keep her comfortable, let her shop and play, and pay her bills each month. It works the other way around, too. The older man likes the pretty young trophy girl on his arm serving to boost his ego.

#4. Older men have no issues helping with the chores

Older men don't seem to mind helping their women work around the house. They might be traditional in the way of thinking the woman does the cooking and cleaning, but they also don't find it a big deal to clean along with her. Many older men like to do the dishes after dinner or do their own laundry. Many of them have been on their own after a divorce or losing their wife so they know they can take care of themselves.

It's a great help for women when they have men that step in to help. They don't feel like they are belittled as only a "maid." Older men don't need a maid to step in and take care of them like a little boy. They know how to handle their end of the chores and housework.

An older man is usually more experienced in life than a younger man. He is done with flirting with all of the girls. He doesn't care about all of the things he did in his 20s and 30s. He knows what he wants in life. He knows how to handle life. 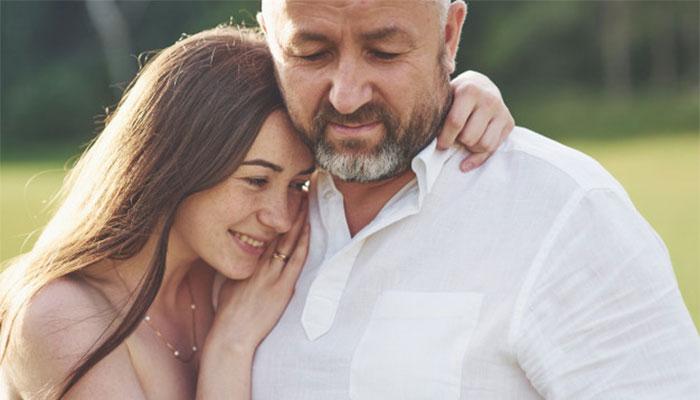 Younger women often feel secure in knowing he can take care of her emotionally. She feels safe knowing he loves her and isn't worried about him leaving her for a new version. A younger man is sometimes a worry because he might still be experimenting trying to figure out his passions in life.

Sometimes a woman will seek out a man that fills the void of her father. Whether she needs someone that reminds her of her father growing up or she never had a father in her life, she is trying to find someone that leads her in the same way.

They say women often marry someone that is a lot like their father. Sometimes a younger woman can only find this in an older man. She wants someone that treats her like their princess, has the same characteristics, and is a fatherly figure to all around him. There is nothing wrong with this unless she is just filling a void instead of living her life to the fullest with this older man.

Most people agree that women mature faster than men. They're often ready to settle down at a younger age. Younger men are usually stuck wanting to date around and party with their friends. They don't want to settle down. An older man has already been through that phase. He's totally over it. 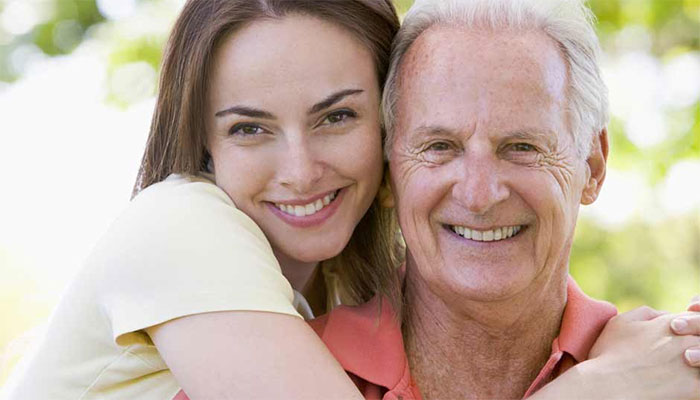 Older men are mature and know how to handle their own life. They could care less about a wild Friday night. They might still take you dancing and for a drink, but they aren't looking to pick up five more women that night.

There is the old saying that with age comes wisdom. It's true that you can't learn until you go through life experiences. These things teach you wisdom. Some people seem like old souls that have wisdom at young ages while others learn it later in life.

Many women are drawn to the wisdom and experience of older men. Their intelligence in the small things of life reels women in. They often have great conversation skills. They can tell you about all sorts of things in life. They are often much more interesting than a man in his 20s telling you football scores and how to hunt for the best deer.

There is a very simple reason that some women like older men. That reason is that she just loves him for some reason. This is a matter of the heart. Age is just a number in all reality. Sometimes a woman just falls for his heart. She could care less about his age. 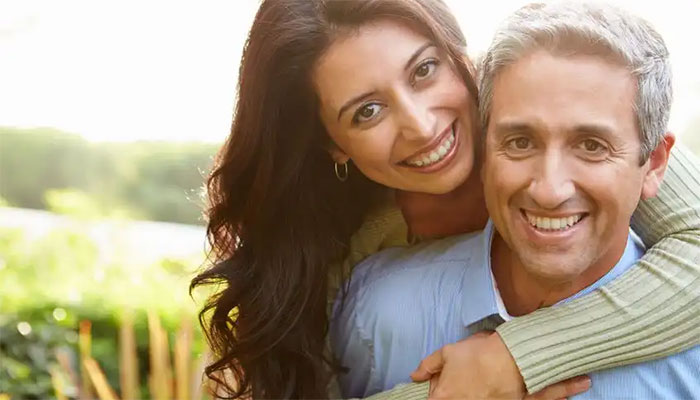 It's easy for many women to fall for a sweet soul. If the man takes care of her and loves her with all of his heart, his age does not matter. The simple fact is that he is easy to love. Love isn't something that can always be explained in simple terms.

#10. Getting what they want is easy

Older men don't want to waste time. They don't see the point in not doing things they love. They don't take things for granted. It's much easier for many women to go for the men that have these things figured out instead of the man that is trying to get what they want and always dancing around it.

#11. Older men know how to be your partner

Women like an older man that knows how to be a partner. He knows the world is never going to revolve around him because he's in a mutual relationship. He knows when it's time to take the passenger seat. 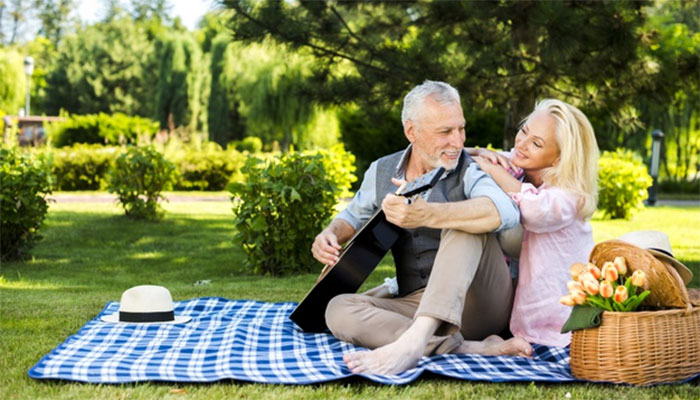 A partner in crime is all about trusting, caring, and patience. They know the relationship is about each person giving 100%. Women don't want to be bossed around. They don't want to be allowed to go out or spend money. They want someone that fights with them, not against them. A partner in a relationship helps them make every decision and enjoy life. They can find this in younger men, but older men just know how to make being a partner work the best.

There is something about older men like Sean Connery in his 60s. They have a special attractiveness that exudes charm. They often have that salt and pepper hair with bright eyes. They know how to present themselves in a sexy way.

Older men just know how to stand out in the crowd. Women croon over George Clooney with his sweet crinkles around his eyes and that soft hair. The men know how to look stylish with their very own style. They know how to walk and talk with swagger. Women are drawn to this type of personality.

Women watch "The Bachelor" for a reason. They thrive on the drama. These younger guys and girls love to stir the pot when it comes to romance. Older men could care less about drama. They don't think about things as much. They don't overanalyze.

Dating is often a game. The girl is tired of being a pawn in this game. She always thinks she is making the wrong move. An older man is done with these games. He knows what he wants, and he doesn't care about winning. If he can't get the girl and win the game, he isn't wasting his time.

With an older man, the woman doesn't have to try so hard to do everything right. He isn't going to play with her head. He just doesn't need that in his life.

There are many reasons why younger women are attracted to older men. Regardless of age, a relationship is all about balance. The age of both people is just a number. It's how they handle all of the things life throws at them together.